This is the nightmare—watching the professor prove a theorem, not understanding the proof, copying every character into our spiral notebooks, and acting like we understand, even though everyone in class agrees, before finals, the only way to pass is to memorize the proofs and write down exactly what the professor scratched out on his green board before sauntering back to the left side of the room, erasing as he goes, saying, “I hope . . . you’ve all . . . gotten it . . . down,” with the same grin he wears on his face this sunny Saturday morning as the wake of privet clippings stretches and his sunburned skull invites melanoma. Finally, he disappears around the corner of his front hedge, the orange snake following him like an eel, and I ask the GPS lady to take me home. As she directs me, I imagine her stating a case for gun control and wagging her wiry finger my way. I tell the GPS lady the hedge trimmers looked quite sharp and could have taken off at least a finger or two. But the GPS lady is adamant as she says to me sternly that she is recalculating my route because I have missed my turn.
Moral: One should only murder old professors in fiction.
THE END
Posted by Michael Beres at 9:32 AM No comments:

Even though twenty years have passed, the professor looks much the same as when he wore sport coat and chalk-smudged tie. He is a short, bald man, having gone to tiptoes to fill the upper recesses of the green board, his white socks flashing with the speed of his dance. Now, as the professor reaches to trim the hedge’s raised ends, white heels flash from his flip-flops like the insides of oysters in the sun. It is a difficult reach, holding the trimmer level to sculpt the hedge ends just so. As I sit in my car with the window up listening to the muted sound of the hedge trimmer, the GPS lady, apparently having thought long and hard about my earlier question about others having nightmares, or perhaps hearing the whir of the hedge trimmer, asks me to repeat my destination.
... To be continued
Posted by Michael Beres at 8:07 AM No comments: 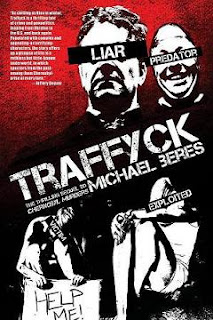 One day, a large man appeared in the town square down the street from the local McDonald's where he had just eaten a breakfast special. Free coffee refill in hand, he mounted the soapbox put in the square for anyone wanting to use it. Some said the man was large because he wore many layers of clothing for our devastating winter. Others said this was not the case because of the thickness of his neck and head. He claimed his name was Clark Kentinger, or something like that. Everyone knew it was a phony name, but they gave him a listen. While he spoke with his echo-chamber-like voice, the man bounced from side to side, as if confined against his will inside an isolation booth saved from a 50s television game show where one contestant is asked questions and the other is not supposed to hear until it is his or her turn. The bouncing, some guessed, was a code, sending messages to others in isolation booths throughout the land. In this way, the large man is able to communicate messages unspoken concerning topics agreed to be off limits in the town and in surrounding towns. At the end of the day, the large man bounded out of town, leaving coffee stains on the soapbox surface, and has not been heard from for at least a day, an eternity on these media-savvy times. The effects of his bouncing about in our town are still felt, especially among fans who snigger within their own individual isolation booths. These isolation booths are hard to carry around and I feel sorry for those who force themselves into them. Sometimes, when voicing opinions at morning coffee klatches, they have to speak up in order to be heard and it's hard on their vocal cords.
Posted by Michael Beres at 6:59 AM No comments:

I have dialup internet out in the woods. The squirrels in the trees outside are faster. So, I will start up Word and work on my next novel.
Posted by Michael Beres at 7:15 AM No comments: